Would you be able to tell us if this is still happening to you?
Was the “server error” the only message you kept receiving while trying to modify forms and data?

We haven’t had similar reports today, so we aren’t sure what might be going on. It might be faster to contact us via live char support in the bottom right side of your screen (while in Infinity): 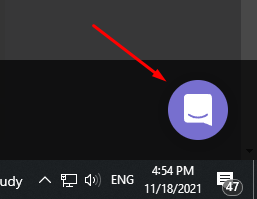 After about an hour, it stopped happening. The messages appeared quickly, and then the messages boxes (black background, lower right of the browser window) disappeared on their own, not allowing me time to even screen-capture them. Today has been fine, though I’ve been using the system less. Happened during “new item” adds most often; sometimes it would complain and the current view would show no new item, but upon coming back to that board/view the new (blank except for default values) item would be there. However, it also happened on updates to data in existing items. At that time, I was primarily editing simple (short) text fields.