Paste images inside descriptions and comments

Right now, we use Basecamp. We love it because it’s easy to paste images inside a comments, for clear instructions, discussion, and feedback. Like this:

See how that worked? It’s a better experience than writing “See attached file” and having your correspondent click to open, look, close, reread text, etc.

I see this community forum already has that feature. Wouldn’t it be nice to have that inside Infinity as well?

Video and files also work the same way on Basecamp (would love to have them in also, perhaps at a later date?).

Thanks for your consideration,

Thanks for your input, and thanks for taking a chance with Infinity!

Been about a month. Any update / ETA here?

Waiting on it to start using Infinity – looking forward to it!

Two of our devs are currently brainstorming about ‘adding images to the comments section’ feature. There might be a quick solution (adding a quick toolbar in the comments), but I’m 100% sure about the final decision.

My colleague Jovana mentioned that you might have had a great idea about this feature (from the dev side), so feel free to share it in the private message, so I can forward it to them.

Have you considered using the ‘Attachments’ attribute for some time?

I know it might not be perfect for team collaboration for now, but just as an idea…

Coa, my great idea is just as shown above. Make images, video, and files show inline in the comments. Basecamp lets you show them side by side now. Great for comparisons at a glance (see example below). If you could do that, that would be even better. Looking forward to it! 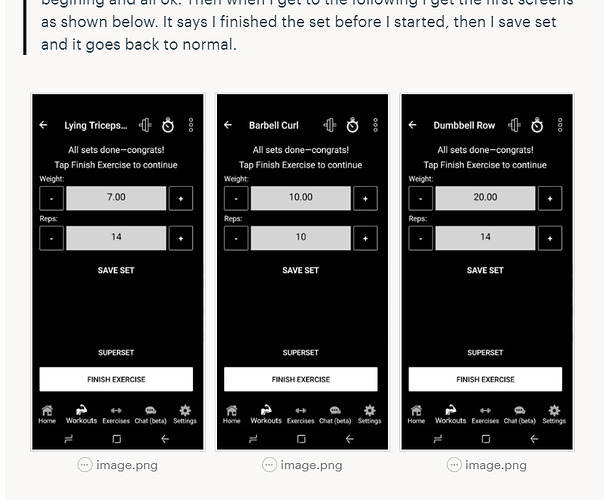 Any update on this? When I signed up, I was told about 2 months. It will be 2 months in 3 days.

I have some great news: A rich text editor (with more formatting options) for the long text attribute is expected next week, or early June (the week after that).

The same upgrade is coming for Comments in 7-10 days after the first push.

That’s great to hear. Will this new editor allow inline images and videos?

This was expected ~20 days ago. When is the feature going to be released?

So sorry for a delay! I take all the responsibility for not updating you that we got stuck at the design and eliminating issues which are complicating the functionality. 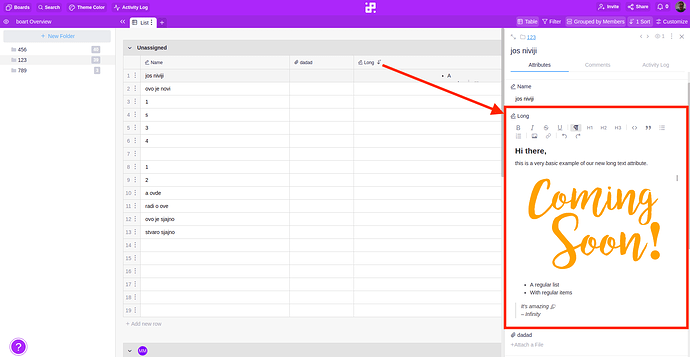 We’re aiming to release it next week.

I see this has been released under Attributes > Description. Congrats! It’s a big improvement over the previous editor.

Based on your answers above, I was under the impression it would also be released for the comments. However, I’m still seeing the old editor there:

It would make a lot of sense (to me at least) to release the same improvements to that editor too. Do you plan on doing this?

Also, one last question and request:

My original request was to “Paste images inside descriptions and comments”. Right now, with this update, I still can’t do this. I have to:

That’s 4 clicks, and it’s pretty tedious. Inside Basecamp and in this forum, I can simply paste (CTRL + V) and image. That’s one step, and it’s very fast. No need to save the image on my CPU and click 4 times to insert it in a comment. Could you please make that work inside Infinity as well? IMO, it’s quickly becoming the standard around the Web and not having it would seem like a shortcoming.

Thanks for your consideration!

We’re still planning to add this editor in the comments as well, no worries.

When it comes to images in the description, although we don’t have keyboard shortcuts yet, there are other simpler ways to attach an image. For example, you can also drag and drop an image into the attachment. And, you can copy/paste a link to an image so you don’t have to save it on your computer. 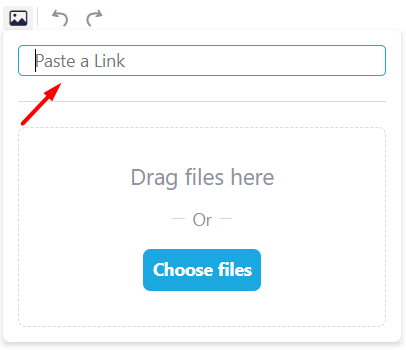 Have you tried these options?

Thanks for your suggestion, but I’m afraid it’s still subpar compared to what Basecamp (and even this forum) offer. It’s still too many actions:

Compare that to just CTRL + V while typing text, and you can picture how it breaks the user’s flow.

Could you please make CTRL + V work inside Infinity, just like in this forum and elsewhere around the Web?

We’re definitely planning to add various keyboard shortcuts to the tool, that’s on our roadmap.

Tell you what, I’ll add this particular shortcut ‘CTRL + V’ to the suggestion log and see what the product team thinks. I’m not promising anything but if it’s easy to create, it might get pushed for sooner.

No update here since July. We still have to click 3 times to paste an image, and the new editor still hasn’t been rolled out to comments. This slows us down every day. Guys, I like your product and your team, but almost all competing solutions allow for CTRL + V pasting of media and offer a better text editor for comments. It’s basic stuff!

In March, @coa, you said “We’re definitely improving Comments in the next few things, and will definitely implement a similar solution to this one.” Well, it’s been 7-8 months and the comments still look like it’s 1998. This is disappointing.

You guys have another LTD coming up. I’m active in LTD groups, and I’d love to get behind your product. But from the looks of it, I don’t think I’ll be able to

I take all the responsibility to myself.

As someone who’s actively trying to keep our community satisfied and engaged, at the time (March) I said we’re going to improve the Comments like we did Long Text Editor, I did not lie.

It’s been an active topic since March, we’re discussing a lot of stuff since then, and I’m (just like the rest of the team) just trying to be as informative and transparent as possible with what we’re doing and working on.

As I said back then, we’re definitely going to improve the Comments feature. It’s not a question IF we’re going to do that, it’s just a question of WHEN, I promise you.

The thing is, Infinity is a startup with a team of 10 people (4 marketers, 6 developers) and a lot of us are covering multiple roles and responsibilities.

In the meantime, our team of 6 developers had a lot of priorities that kind of ‘swapped’ Comments.

We wanted to push Comments update to the ‘high’ priority column a month ago again, but then - a developer who was supposed to build that feature was assigned to finishing the troublesome Gantt View. Before that, he’s released a new version of Calendar, and before that optimized the whole app to have better performance, speed, etc.

I don’t want to bother you with what huge features other devs were and are assigned to (like Mobile Apps, Public Boards, Permissions, etc), but there is always web development (for the landing pages, homepage + template page optimization, etc), bug fixes, UX/UI changes and improvements, and more.

So yeah: I swear we’re not prolonging, ditching or trying to avoid something on purpose. It’s just a hell of a ride, man

But again: I’m not trying to justify someone/our team.

It’s my fault and responsibility that I didn’t update you on everything and tried to suggest you try the features that ‘swapped’ Comments upgrade.

We’re just keeping a hell of a pace to keep this business & product running (which is like a rollercoaster, full of ups&downs) and our community satisfied overall.

But that’s all ‘normal’, and I personally think we have a great team, consisted of people who are hustlers.

Hope you won’t take this personal and judge us by one mistake.

I’ll personally make sure to see what we can do about Comments upgrade any time soon, but honestly, with the new LTD coming up, final touches on Gantt View, Advanced Permissions, New Roles, Public Boards, and everything else planned to help us sustain Infinity as a business, I hope we can continue with and finalize the Comments upgrade towards the end of this year.

I’ve just set a reminder to go back to this topic in a week and update you.

I can also add you on Facebook, and reach out over there with more details.

Thanks for everything you’re doing!

Coa, I appreciate the effort, but dang, that’s not the answer I was looking for.

You’re 7-8 months behind. And you’re telling me I’ll have to wait another 2 months?

Also, I asked about CTRL + V pasting of media, and you didn’t say anything about that.

When will you add those two basic features almost all competing solutions already have?